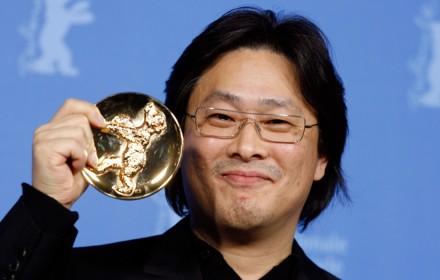 by HakSnider33
Although he is conspicuously absent from VOH’s Hall of Visionaries, Park Chan-Wook is one of the most acclaimed and respected filmmakers in the world.  And with his upcoming film Stoker, Park will make his English language directorial debut.  Not much is currently known about the film, which will star Matthew Goode (Watchmen), Mia Wasikowska and Nicole Kidman.  However, it should be noted that the track record of international filmmakers that have made the transition to Hollywood film is mixed at best, especially for the filmmakers who were not native English speakers.

Visionaries such as Fernando Meirelles (City of God, The Constant Gardener), Guillermo de Toro (Pan’s Labyrinth, Hellboy), Alejandro Gonzalez Inarritu (Amores Perros, Babel), Luc Besson (La Femme Nikita, The Professional) and Bernardo Bertolucci (The Conformist, The Last Emperor) have all successfully made the transition. However, there are countless others, such as Wim Wenders (Wings of Desire, Paris, Texas), Wong Kar-Wai (Chungking Express, My Blueberry Nights) Ringo Lam (Maximum Risk)and George Sluizer (The Vanishing), whose skills did not completely survive the translation.

Does Park Chan-Wook have what it takes to make the leap to directing English language films?  There is no way to know for certain until at least Stoker comes out, but at this point we can still make determinations regarding whether or not Park is a visionary filmmaker, as we can place much more confidence in an international visionary’s skills surviving a transition to Hollywood, based upon the successes of people like del Toro, Meirelles and Bertolucci.  Furthermore, if Park is not a visionary, we should not even care whether or not his skills will get lost in translation, since Hollywood is already filled with fungible, replacement-level directors.

END_OF_DOCUMENT_TOKEN_TO_BE_REPLACED 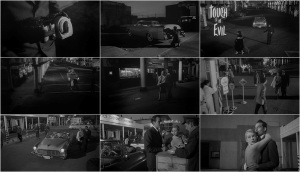 by HakSnider33
One of the trademarks of the hack filmmaker is the way that they often bombard you with a dizzying array of MTV-style short takes. Such rapid-fire ADD sequences may be used to mask a multitude of film-making sins, including poor fight choreography and mediocre shot composition. This visual style only requires the hack director to worry about coverage, as the footage will be handed over to a professional editor to “make the magic happen”. Conversely, a true visionary filmmaker possesses the confidence to let the action in front of the camera speak for itself.
END_OF_DOCUMENT_TOKEN_TO_BE_REPLACED

by HakSnider33
In the year 2011, it has become very difficult to stay original as filmmaker.  Everything has been done before, so it is really difficult for director to come up something that feels fresh.  Often, the next big thing may end up just becoming a trendy short-lived gimmick such as the Matrix bullet time camera or the Saving Private Ryan strobe light battle scene effect, unless your name is Ridley Scott in which case ripping off Private Ryan becomes a way of life.   However, there is a way to redo ideas that have been done before in a stylish way, which reinvigorates the referenced material so much that the resulting end product feels like a classy homage or a new scene altogether.  END_OF_DOCUMENT_TOKEN_TO_BE_REPLACED