Will Smith teams up once again with his son Jaden, and for the first time, with director M. Night Shymalayan, to bring us a pretty cool looking sci-fi flick for the summer of 2013. Looks pretty cool to me; what do you think?

The last time visionary director Quentin Tarantino teamed up with Lucy Liu, everyone had big, chopsocky fun. This trailer for the upcoming The Man with the Iron Fists looks like big fun, too:

Directed by Robert Fitzgerald Diggs, who is better known as The RZA (a rapper/producer/composer, founder of hip hop group Wu Tang Clan and reportedly distant cousin of Public Enemy’s Flavor Flav), this film also stars Russell Crowe. Not sure when it is coming out, but IMDB lists a 2013 release date for Sweden…!

By Late Night
All of the spectacular action sequences we’ll enjoy this summer at the movies are made possible by the same computerized image manipulation that make the most popular videogames possible. Check out this mix of 3D game action versus feature film super hero action, served up by trailer-slicer supreme Crispafull (the “live action” stuff starts about halfway through, featuring clips from The Avengers, Abraham Lincoln: Vampire Hunter and many, many more):

Is it possible we may be witnessing the birth of a new artform?

Presented entirely for your cinematic enjoyment, the following is a masterfully-edited selection of the most fantastic action sequences of recent years, set to the wildly shifting time signatures of modern electronic music.   The full title on YouTube is Actionary 720p in Dubstep styles (fix), and it claims to only use footage from official movie trailers.  Consider it the uber-trailer for the entire genre of big-budget action films; it is not concerned with context, it is only about celebrating the moments of kinetic movie magic created by hacks and visionaries alike, perfectly matching the on-screen motions to the ebb and flow of the dubstep track (and on a related note, it is also a perfect example of why dubstep is taking over the world).

Prepare to fall in love with the movies again: 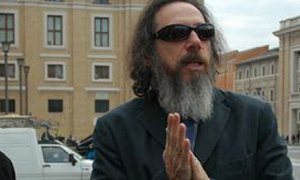 Sacha Baron Cohen may not be everyone’s favorite satirical comic (I think he’s hilarious), but he has undeniably carved out his own unique space in the pop culture landscape.  One of the keys to Cohen’s success is his steady collaboration with Larry Charles, who directed Borat: Cultural Learnings of America for Make Benefit Glorious Nation of Kazakhstan and Bruno.  This team’s latest project, The Dictator (opening May 11), is supposedly based on a novel written by the late Saddam Hussein.  Heh.  Sounds like something you might see joked about on an episode of Curb Your Enthusiasm.  Hmmm.

The music alone in this clip qualifies it for the kick ass trailer folder:

END_OF_DOCUMENT_TOKEN_TO_BE_REPLACED

Did you see DRIVE ANGRY (in 3D!)?  Probably not.  Turns out almost no one “turned out” for the cool car + sexygirl redneck revenge fantasy.  Box Office Mojo dissed it like this:

Drive Angry was the biggest loser this week, debuting all the way down in ninth place with just $6.9 million. That’s the worst nationwide opening in the modern 3D era and the lowest-grossing start for star Nicolas Cage since The Weather Man in 2005. When adjusting for ticket price inflation and 3D premiums, it’s essentially neck-and-neck with Racing with the Moon from 1984 as Cage’s least-attended start ever.

Here it is, months later Memorial Day weekend, and the movie has only grossed $10.7 million. The audience has spoken. How much of this blame shall we lay on director Patrick Lussier?  Take a look at the clip below, and then consider that he also wrote and edited the film.   I say it’s all on him.

END_OF_DOCUMENT_TOKEN_TO_BE_REPLACED

Okay, I know next to nothing about Stephane Gauger.  I saw that his film SAIGON ELECTRIC is playing at LAAPFF next week,  so I clicked on the trailer.   Sa dah tay! *

END_OF_DOCUMENT_TOKEN_TO_BE_REPLACED

It’s a sad day when millions of dollars are once again wasted on a high-concept sci-fi film, which falls far short of delivering the goods.  Hack Director Jonathan Liebesman is behind the latest alien invasion film, Battle: Los Angeles.