Talk about an outstanding film.  Winner of both the Audience Award and the Grand Jury Prize at Sundance this year, Whiplash is quite the achievement for first-time writer/director Damien Chazelle.   The film tells the riveting story of the conflict between a soft-spoken musical prodigy and his rabidly domineering music instructor.  My poor description doesn’t do it justice, so take a look at the trailer; you’ll be hooked, too.   My 5 things follow after the jump:

END_OF_DOCUMENT_TOKEN_TO_BE_REPLACED 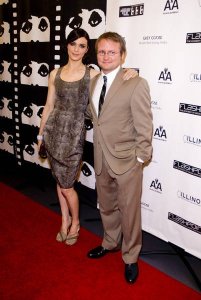 For most new directors, merely getting their first film made and distributed is a significant accomplishment in of itself. Having that debut warmly received with festival awards and critical acclaim takes that achievement up another notch, and is usually a good sign of promising talent. With the September release of his third film, Looper, writer/director Rian Johnson looks to be delivering on his early promise.

Johnson’s debut film, Brick, was a smart film-noir mystery staged in the unlikely setting of a modern-day, sun-washed California high school. Brick was nominated for Grand Jury prizes at Sundance and the Deauville Festival in 2005, and won the Sundance Special Jury award, as well as the San Francisco Film Critics Circle award for Best Original Screenplay. Johnson also went on to win the Most Promising Director award from the Chicago Film Critics Association, and Best First Film from the Austin Film Critics Association, among many other awards. Here’s the trailer:

END_OF_DOCUMENT_TOKEN_TO_BE_REPLACED

Documentary directors get no respect in Tinseltown. The majors will pay lip service to some of top talent, but they never seem to give them wide theatrical releases. The exception, of course, is Michael Moore.  Moore’s Fahrenheit 9/11 is the high-grossing doc in history; with pulling power like that, the studios will overlook the politics to get a piece of the action.

But it is much more common for documentary directors to struggle for screens at the multiplexes. Kirby Dick, best known for exposing the Motion Picture Association of America (MPAA) and their hypocritical rating system in This Film Is Not Yet Rated, recently won the Audience Award at the 2012 Sundance Film Festival with his latest documentary The Invisible War.   This should make the film a sure bet, but the studios appear uninterested in distributing this one.  Perhaps Dick reddened too many important faces* with Not Yet Rated (Box Office Magazine calls him an “agit-provocateur “).  Or maybe it’s because of the subject matter of War.  From the website www.invisiblewarmovie.com:

THE INVISIBLE WAR is a groundbreaking investigative documentary about one of our country’s most shameful and best kept secrets: the epidemic of rape within our US military.

According to this story on IndieWire, Oprah Winfrey has been making moves and acquiring content for her new cable channel.  She was at Sundance picking up documentaries in particular for her Documentary Film Club.  One of the films, “Miss Representation” stands out in particular: