Well, that does it for me. Here at Visionary or Hack, I was the lone holdout for iconoclastic director Kevin Smith. I actually ranked him as Visionary, while Mr. Ridley and HakSnider33 both list him as Hack. Our highly scientific (hardly) ranking system requires a uninamimous vote, so Smith languished in the undecided area for a long time. That changes today. as Smith’s latest has made me seen the error of my ways. As far as I’m concerned now, based on this dreadful film, he’s a hack.

Don’t get me wrong, though, I still like the guy and think he’s tremendously funny. I remain interested in seeing what he does next. But following up the immensely entertaining Red State with the half-ass horror show that is Tusk is simply unforgivable.

Remember, hacks are often technically proficient, if not talented even, so don’t be surprised if you feel like seeing this dreck after viewing the trailer. Just don’t. Check out my 5 things after the jump:

END_OF_DOCUMENT_TOKEN_TO_BE_REPLACED

Talk about an outstanding film.  Winner of both the Audience Award and the Grand Jury Prize at Sundance this year, Whiplash is quite the achievement for first-time writer/director Damien Chazelle.   The film tells the riveting story of the conflict between a soft-spoken musical prodigy and his rabidly domineering music instructor.  My poor description doesn’t do it justice, so take a look at the trailer; you’ll be hooked, too.   My 5 things follow after the jump:

END_OF_DOCUMENT_TOKEN_TO_BE_REPLACED

When I first started seeing theatrical trailers for Fury, I would inwardly (and sometimes openly) groan with displeasure, because I feel that the last thing this world needs is another movie that glorifies the violent taking of other people’s shit, commonly known as war.  So I was pretty much planning on not seeing it… until I read some of the reviews and learned that glorification was the absolute last thing on director David Ayer’s mind.  Which makes sense for someone who claims that his favorite movie is Apocalypse Now.

David Denby of The New Yorker (whom I usually ignore) calls it “one of the great war movies…”   I might take issue with that, but I readily admit that it is an involving piece of cinema about the very harrowing prospect of life and death in a tank in an old, bloody war.  Many people will not like this film, just as many didn’t like other war movies bent on telling the truth about the ultimate futility of fighting, but it is hard to argue this film’s visceral impact. Check out the trailer and then my 5 things:

END_OF_DOCUMENT_TOKEN_TO_BE_REPLACED

Although it’s really not much more than an under-achieving version of Mel Gibon’s entirely entertaining Payback (1999), Keanu Reeves’ hitman-comes-out-of-retirement to get revenge thriller John Wick does deliver some wickedly funny, IMAX-sized moments of mayhem. First, the trailer and then 5 things I liked about it:

END_OF_DOCUMENT_TOKEN_TO_BE_REPLACED

The holidays are finally upon us!  VOH wishes you and yours a joyful holiday season, filled with happiness, good health and of course, fabulous moviegoing experiences.

As we reflect upon the joys of the season, we’d like to share our favorite holiday treats with you.

Fans of JJ Abrams’ 2009 reboot of the classic Star Trek universe were excited to finally see the first trailer for Abrams’ sequel, Star Trek Into Darkness.

For his first Trek film, Abrams carefully balanced the need to respect the Star Trek canon, while establishing the world of Kirk, Spock and Bones for a new generation of audiences.

But will Abrams have the vision to forge new ground with his Trek films?

END_OF_DOCUMENT_TOKEN_TO_BE_REPLACED

Will Smith teams up once again with his son Jaden, and for the first time, with director M. Night Shymalayan, to bring us a pretty cool looking sci-fi flick for the summer of 2013. Looks pretty cool to me; what do you think?

This week, the first trailer for one of DC Comics most iconic characters was released.

Man of Steel, which hopes to re-establish the Superman story on film, does not open until next June. However, the buzz following so much debate about the character’s new direction, as well as the ongoing legal wrangling between Warner Bros. and Jerry Siegel’s family, has been underway for some time.

END_OF_DOCUMENT_TOKEN_TO_BE_REPLACED

This past summer, Scott returned to the Alien universe that he so skillfully established with the highly anticipated film, Prometheus.  Or did he?

For months leading up to Prometheus’ release, Scott played coyly with fans, hinting that “Once you start into the evolution of the story, it moves so far away from Alien that there’s only the mere DNA of the original in Prometheus.” 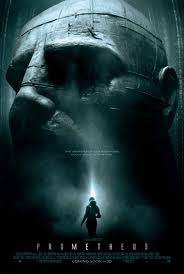 In addition to Scott’s tantalizing comments, Prometheus’ promotional campaign included viral videos, trailers to announce trailers, as well as the return of familiar creative forces, such as renowned Swiss surrealist, HR Giger (his grotesque, yet beautiful, design work is at the core of the Alien look). All of this fanned the flames of anticipation.

So is Prometheus the creator’s return to one of his most beloved creations?

It turns out that Scott wants to have his cake and eat it too – a decision that serves to effectively inhibit Prometheus from ultimately delivering on its glorious promise. END_OF_DOCUMENT_TOKEN_TO_BE_REPLACED

The last time visionary director Quentin Tarantino teamed up with Lucy Liu, everyone had big, chopsocky fun. This trailer for the upcoming The Man with the Iron Fists looks like big fun, too:

Directed by Robert Fitzgerald Diggs, who is better known as The RZA (a rapper/producer/composer, founder of hip hop group Wu Tang Clan and reportedly distant cousin of Public Enemy’s Flavor Flav), this film also stars Russell Crowe. Not sure when it is coming out, but IMDB lists a 2013 release date for Sweden…!