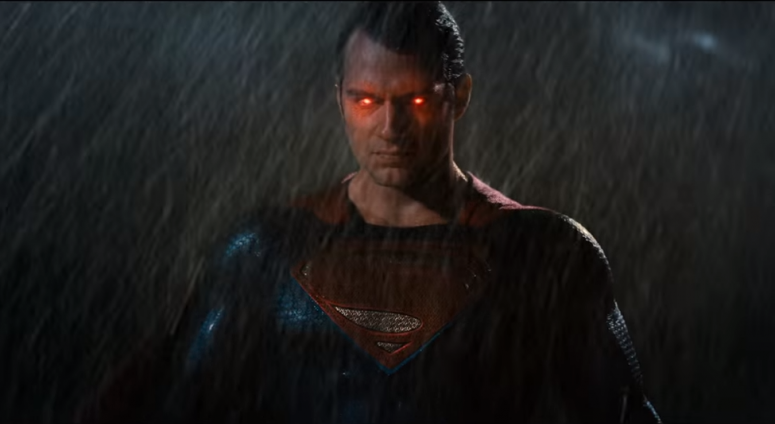 Before I get into the list, I need to provide some context.
First, I didn’t see Man of Steel because I hate Zack Snyder.  Maybe hate is too strong; severely disrespect is closer to the truth.  And nothing in the trailers for that film convinced me I should see it, and the reviews definitely supported my choice to avoid it.  So there’s that.
Second, I severely disrespect Zack Snyder.  I mean, I give him props for being a money-making hack, sort of a “thinking man’s Michael Bay.”  Which is the definition of damning with faint praise.  While Bay seems to be making (crappy) movies for pre-pubescent boys (Teenage Mutant Ninja Turtles, Transformers), Snyder seems to be staking out the freshly pubed (300, Sucker Punch), so to speak. To say my expectations were low is the height of understatement.
All that to say that I went into Bat v Supe not even considering that this was actually a sequel to Man of Steel.  So while I really dug the Batman origin story that was condensed into a wordless montage at the very beginning of the film, I was more than a little put off by the fact there was little to no exposition explaining Supe’s big, Metropolis-mashing melee with General Tso’s chicken or whoever dude was. Just like Everyman on the street, I was like WTF?  And also left wondering why, outside of opportunistic product placement, billionaire Bruce Wayne chose a cheap Jeep econobox to tool around the falling mayhem and basically do nothing.  Other than somehow avoid being completely covered in concrete dust.
But, I have to admit that I actually started falling for the film in spite of all that, and by the time Lex Luthor dropped the bomb on the Capitol Hill Crew (I warned you about the spoilers), I was fully on board with the idea that just maybe Zack Snyder actually made a movie worth watching. Quelle surprise!
Here’s the main trailer; check out the 5 other things that surprised me after the jump:
1) Supporting cast of pros.  Jeremy Irons, Laurence Fishburne, Holly Hunter, Joe Morton and more.  The presence of these top notch actors lent considerable weight to the notion that this movie was meant to be taken seriously.  Even Kevin Costner came and got himself some.  Okay, maybe not so serious…
2) Mark Zuckerberg’s acting debut.  Okay, so it was really Jesse Eisenberg channeling Heath Ledger as the Joker playing Lex Luther, but I think his performance was a highlight.  You want a superhero’s nemesis to be dangerously unhinged and this millennial version of Lex proved to be unpredictably deadly.
3) Killing Holly Hunter.  While I have to give screenplay writers David S. Goyer and Chris Terrio credit for this inspired surprise, I’m willing to give Snyder props for not blowing it with a hamfisted reveal.  But I must subtract half a style point for stealing the bomb-laden wheelchair gag directly from one of the more memorable episodes of Breaking Bad.
4) Weak Wayne.  After all the badness of the Christian Bale-based Batman (and I mean bad in both good and horrible definitions), I was willing to give Ben Affleck a chance to make something special happen.  Especially after his great turn in Gone Girl.  Ben brought something, but it wasn’t badass.  Just bits of bad (not good).  It wasn’t entirely his fault, though: this version of Bruce Wayne was the weakest we’ve ever seen.  Even the campy Adam West version from the old TV show had better detective chops.  This Batman had to find out about the Justice League by stealing data, fer chrissakes.  And even that operation was compromised.
Even worse was when Batman decide to prepare for his coming fight… by doing Crossfit drills with old farm equipment!  Christian Bale would’ve invented a special exoskeleton or something.
And Batman’s plan to subdue Superman was of the Pacific Rim variety of ridiculous:  weaken him with Krytonite, then punch him really hard.
All those machine guns and grenade launchers for bad guys, but nary a bullet for a vulnerable Superman.  What an idiot.
5) Superman is soft. Or simply stupid.  Otherwise how to explain his decision-making late in the film.  Lex kidnaps his Mom and issues a ransom demand and Supe just goes along with it?  The superhero who can actually turn back time was just like “oh, okay, I’ll kill Batman, just don’t hurt my mommy!”  Right.  And then when he shows up to fight Batman, he doesn’t notice Bat has got new gear and newfound swagger.  Should have known something was up.  Should have used that X-ray vision on those Krytonite grenades.  Should have ducked that shit instead of catching it and waiting for it to blow up in his face.
And again with the hard punching as some sort of strategy.  Supe should have just ripped Batman’s head off, shit down his neck and called it a night.  But no… he just flopped around while Batman went WWE on him.
I’m not going to even get into the end, as it were.  At that point, my ears were ringing from all the sturm and drang, and my mind was still buzzing from the gutsy mid-movie explosion/assassination.   But by the time I woke up the next morning, I felt the sneaky sensation of being had.  Snyder struck again.  In the Closet of Hacks he stays.