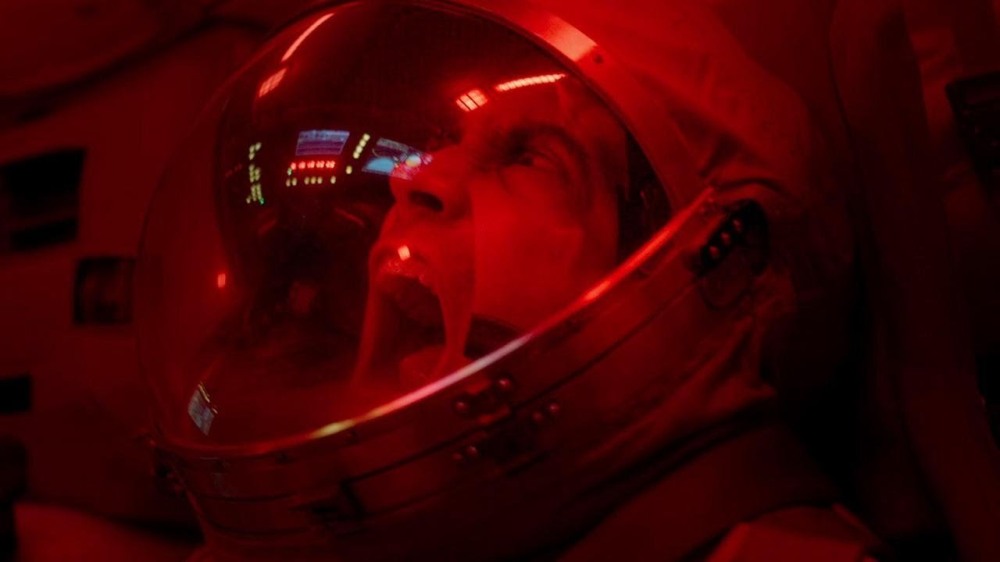 He’s only screaming because he paid full ticket price

I would file this one under the “Don’t waste your money” category if we had one here; instead I’ll just let this opening sentence be your first warning.  I won’t print any spoilers in this short recap, but I certainly intend to put this film on blast:  LIFE, the newest Jake Gyllenhaal starrer, simply isn’t worth living through.   It DID have a kickass trailer, though, so enjoy that one more time and then see the bad news after the jump.

Oh yeah, Ryan Reynolds was supposedly in this train wreck, but I’m not sure if it was the same guy everyone loved in La La Land and Deadpool, as his character wasn’t particularly compelling or memorable or even enjoyable.  Dumbass got what he deserved actually.  The character, not Reynolds.  Well, maybe Reynolds too.

The tip off should be have clear, as all signs in the trailers pointed to an obvious Alien ripoff in the making, but the casting seemed strong and all the right words were being bandied about, so why not?  Because The Story Sucked.

All blame goes straight to the writers, Rhett Reese and Paul Wernick.  Wait a minute… this is the same duo responsible for the aforementioned Deadpool.  They must be better than this, right?  Perhaps I’m mistaken.  Perhaps I should blame director Daniel Espinosa for this mess of a movie?  After all, his only claim to fame is the mediocre Safe House, another Ryan Reynolds vehicle.  That movie did have a $40 million opening weekend, so it looks like we have a money-making hack here.  That’s the only kind Hollywood loves to hire, over and over.

Still, I’m reluctant to throw Espinosa under the bus without the company of Reese and Wernick.  Surely it wasn’t Espinosa that forced Jake to read from that children’s book near the end.  It wasn’t the director’s fault that the characters were barely one-dimensional.  Maybe the audio techs had something to do with all of the barely audible mumbled lines?  But somebody’s got to take responsibility for the woeful lack of enough “life boats” and the poor decision making, or the “everyone run… no wait!” crisis management.  And the Jaws-ripoff jump scare that scared no one?  THAT was Espinosa’s hack de triomphe.

I’ve wasted enough time on this, yours and mine.  You’ve been warned.  Avoid this crappy movie.  And my VOH vote for Daniel Espinosa should be clear: welcome to the Closet of Hacks.